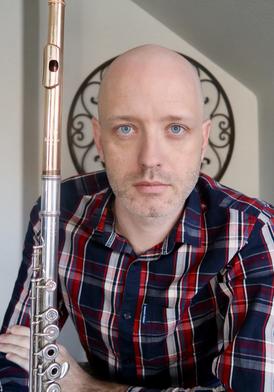 Mr. Jernigan was born and raised in Las Vegas. He graduated from Spring Valley High School in 2018 and currently attending CSN. Jernigan has participated in the CCSD Honor band for a total of 6 years, 6-8th grade 9th, 11th,12th. His senior year of High School was placed 1st in the All State Band. Continuing his studies in music education with plans to be a Director of Bands in the near future. Mr. Jernigan has played with the LVYO Philharmonic for 2 years. Mr. Jernigan has marched with The Academy DBC for 2 years in 2017, and 2019. Looking to pursue his Drum Corps career he plans on marching another 3 years within the activity with a goal and purpose to grow as a musician and to expand on his knowledge to teach.

Mr. Jernigan started teaching last year for the Spring Valley Marching Band as a Visual Tech. Now beginning this year at Liberty High School as an Instrumental Teaching Assistant. Mr. Jernigan enjoys working with all of the fantastic staff and can’t wait to see the exponential growth of the future years in this program.

Defined by The Easterner as having, "wonderful vibrato and range of motion," and "astounding technical skill," Dr. Malpass has performed across the United States. He was principal flute for the University of North Texas (UNT) Symphony Orchestra and sat principal for the University of Nevada, Las Vegas Wind Symphony where he has performed on numerous recordings under the Klavier Music Productions record label, including Marquee Mojo, Lost Vegas, and Ventanas.

Upon graduating with a masters degree from UNT's College of Music, Dr. Malpass was accepted as a doctoral student to the University of Nevada, Las Vegas. Winning a full-ride scholarship, Dr. Malpass became a part-time instructor and graduate assistant for the university having taught Music Appreciation, Flute Ensemble, and private lessons. While attending UNLV, he wrote his dissertation titled, "A Historical Examination: The Role of Orchestral Repertoire in Flute Pedagogy." Currently he is finishing his second work, "From Etude to Excerpt: A Technical Guide for Orchestral Flute Repertoire."

Dr. Malpass has been a featured soloist for the EWU Wind Orchestra. He has performed with the Las Vegas Philharmonic, Spokane Civic Theatre, Coeur d'Alene Summer Theatre, Henderson Symphony, Sarah Brightman, Il Divo, The Nevada Ballet, and Opera Las Vegas.  He is also currently first substitute flutist for the Las Vegas Philharmonic. He has performed for numerous shows including, Beauty and the Beast, Carousel, Cabaret, The King and I, Amahl and the Night Visitors, My Fair Lady, and Into the Woods.  In addition, he has won multiple gold and silver medals from MusicFest Northwest.

A strong advocate of music education, Dr. Malpass maintains an active role having taught at the Las Vegas Academy, Clark High School, and the New York Music Academy.  Dr. Malpass teaches a large studio in the Las Vegas area, having numerous students obtain seats in the Clark County Honor Bands and the Nevada All-State Band and Orchestra.  In addition, his students have received full-ride scholarships for university enrollment and have also been winners for the Las Vegas Flute Club Young Artist Competition and Silver State Schools Concerto Competitions. Many of his students have continued with music, having been accepted to Northern Arizona University, University of Nevada - Las Vegas, University of Nevada - Reno, University of Arizona, Washington State University, and the University of North Texas.

Francisco “Cisco” Servin has been involved in the Las Vegas marching activity since 2012 as a visual designer, choreographer, and drill writer for various marching band and indoor percussion programs around the Clark County School District. Cisco is also a visual consultant for Millennium High School in Goodyear, Arizona and for Las Vegas's independent percussion ensemble, Sage V Percussion. He spent two seasons with The Academy Drum and Bugle Corps in 2012 and 2015 as a Tuba player and Vegas Vanguard Percussion in 2013, 2015, and 2016 as cymbal section leader.

Cisco is also a UNLV Class of 2018 Alumnus holding a degree in Biological Sciences and has published articles in Genetic Psychology/Immunology for the Nevada Institute of Personalized Medicine. His work on the genetics of Schizophrenia and similar disorders was published in the National Library of Medicine. He is very active in the strength training and fitness community and is currently working on a NASM-PT certification. 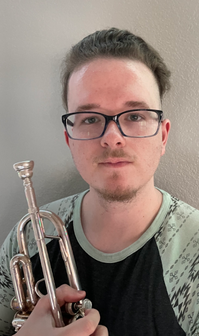 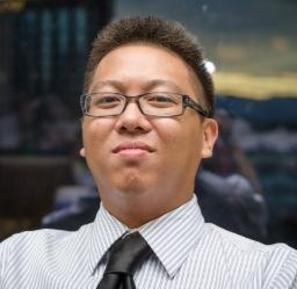 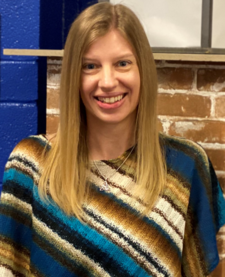 Ms. Patnesky was born and raised in Pittsburgh, Pennsylvania.  She graduated from Edinboro University of PA with a Bachelors in Music Education in 2011 and later attended Southern Utah University for a M.Ed. in 2016.  She moved to Las Vegas 10 years ago.  Prior to becoming the Assistant Director of Bands at Liberty, she taught music at John C. Bass Elementary.

In her free time, Ms. Patnesky enjoys cooking, camping, and rooting for the Pittsburgh Steelers, Pirates, and Penguins, as well as the Vegas Golden Knights.  Broadway musicals are one of her favorite things to listen to, especially RENT, Hamilton, Wicked, and Dear Evan Hansen.

​Chris was born and raised in Chicago, IL and moved to Las Vegas, NV alongside his family approximately two decades ago. He graduated from Sierra Vista HS and attended the University of Nevada, Las Vegas earning a Bachelor of Music - Music Education degree. Chris' orchestral experiences has led him into positions within the UNLV Wind Orchestra and the UNLV Symphony Orchestra as well as holding titles such as the Assistant Principal Percussionist for the Henderson Symphony Orchestra and Timpanist & Principal Percussionist for The Desert Winds.

Chris has taught at several high schools in Nevada including but not limited to Las Vegas HS, Basic HS, and Durango HS and has consulted various programs in Southern California and Southern Arizona. The 2022 season will be the first time Chris has been back at Liberty HS since his first tenure from 2011-2017 marking him as one of the original founders of the Pulse of Liberty Winter Drumline. 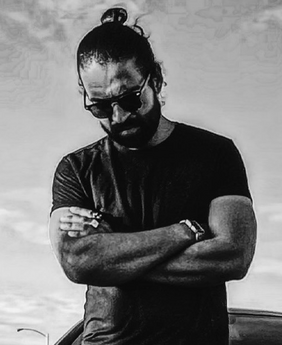 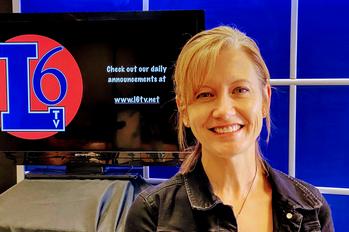 All staff must submit the following paperwork for payment as well as submit an invoice documenting the month, day, and time you have worked.

Licensed employees must contact their office manager to receive their hourly rate of pay and fill out the following time sheet. Please submit multiple sheets for each month worked.

The Liberty High School Band would like to thank the following people for their educational or service contributions:

all of the alumni and parents that keep us going!

Mrs. Stephens was born in Lakenheath, England and was raised in Buffalo, NY until she was about 10 years old. She then moved to Las Vegas, NV and has lived here ever since! She graduated from Clark High School in 1994 and attended UNLV. She received a BS in English Education in 1998 and went on to earn a MEd. in Educational Technology from Grand Canyon University. Mrs. Stephens participated in color guard all through high school and instructed for several years after graduation.

Mrs. Stephens has taught at several schools around the valley and finally found her niche at Liberty High School. Currently, Mrs. Stephens is teaching English 9, Video Productions 1, and Rhythmic Precision and is truly enjoying her experience working with the students and staff at Liberty.